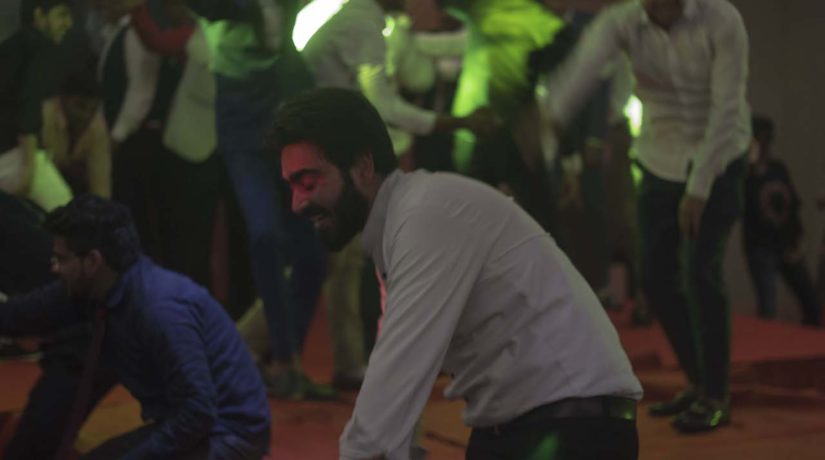 The event NOVATO FIESTA 2017, the welcoming programme for the fresh faces was organized by the esteemed B.S. Anangpuria Institute of Pharmacy, Alampur on 15 December 2017 from 11 am to 4 pm in Park Plaza, Sec-21C Faridabad under the guidance of respectable principal Prof. R.K.Khar and H.O.D. Dr. Shiv Kumar Yadav.

The event was conducted for the new students of the institute admitted in the session 2017-18. The faculty members along with the students of 2nd as well as 1st year took a lot of pains and planned an event on a large scale. Invitations for the event were delivered to all the invitees a day before with a warm message soliciting their presence for the event.

Next morning everyone was very enthusiastic about the event and were busy in last minute preparations. Everything was completed beforehand because of which the programme started on time without any delay. The honorable guest guests were welcomed in a traditional manner with beautiful roses. Students of both the years were given a band as a mark of their presence in the event before they entered the hall. Entry of the 1st year students into the hall was amazingly recorded in a professional manner.We wish that institute and all its contributing elements work in the same best way to take the institute and themselves to the actual position they deserve.

The event started by the auspicious act of lighting the lamp by the Honorable Principal Sir, Director Sir, and senior staff members. The whole event was full of various performances from both of the years. Highlights of the event were dances, songs, mimicry, standup comedy, games, quiz and a grand lunch. Everyone enjoyed the entire programme which was intermittently acknowledged by thunder applause. All around the hall the only thing could be noticed was just happiness and enjoyment on every facial line.

During all the listed programmes there was a new addition to the event which was the interview of students. We were asked to express our views about the event and the institute in front of the camera.

The students eligible for the most awaited titles were chosen on the basis of their score of the game in which they took part. Afterward, the selected group of students had to come up for a ramp walk in which the best students were selected for the final round which was question-answering round. And finally, the best moment was there when the beautiful titles along with crowns and trophies were delivered to the 1st year students.

The last and one of the best of all was the DJ dance which was enjoyed to the full not only by the students but also by the guests and the faculty of the institute. In totality, the event was something taken to the next level and it was also successful in making a permanent space in every mind.